The lineup for the 8th annual Governors Ball Music Festival has been announced! The festival will feature performances from Eminem (his first headline show in NYC since 2010), Jack White, Travis Scott, Yeah Yeah Yeahs, Halsey, N.E.R.D. (first NYC show since 2010), Khalid, the worldwide debut of Silk City (a new project from Diplo and Mark Ronson), a reunited The Gaslight Anthem performing their breakout album The ‘59 Sound, and many more, Governors Ball will showcase over 65 artists throughout the weekend. 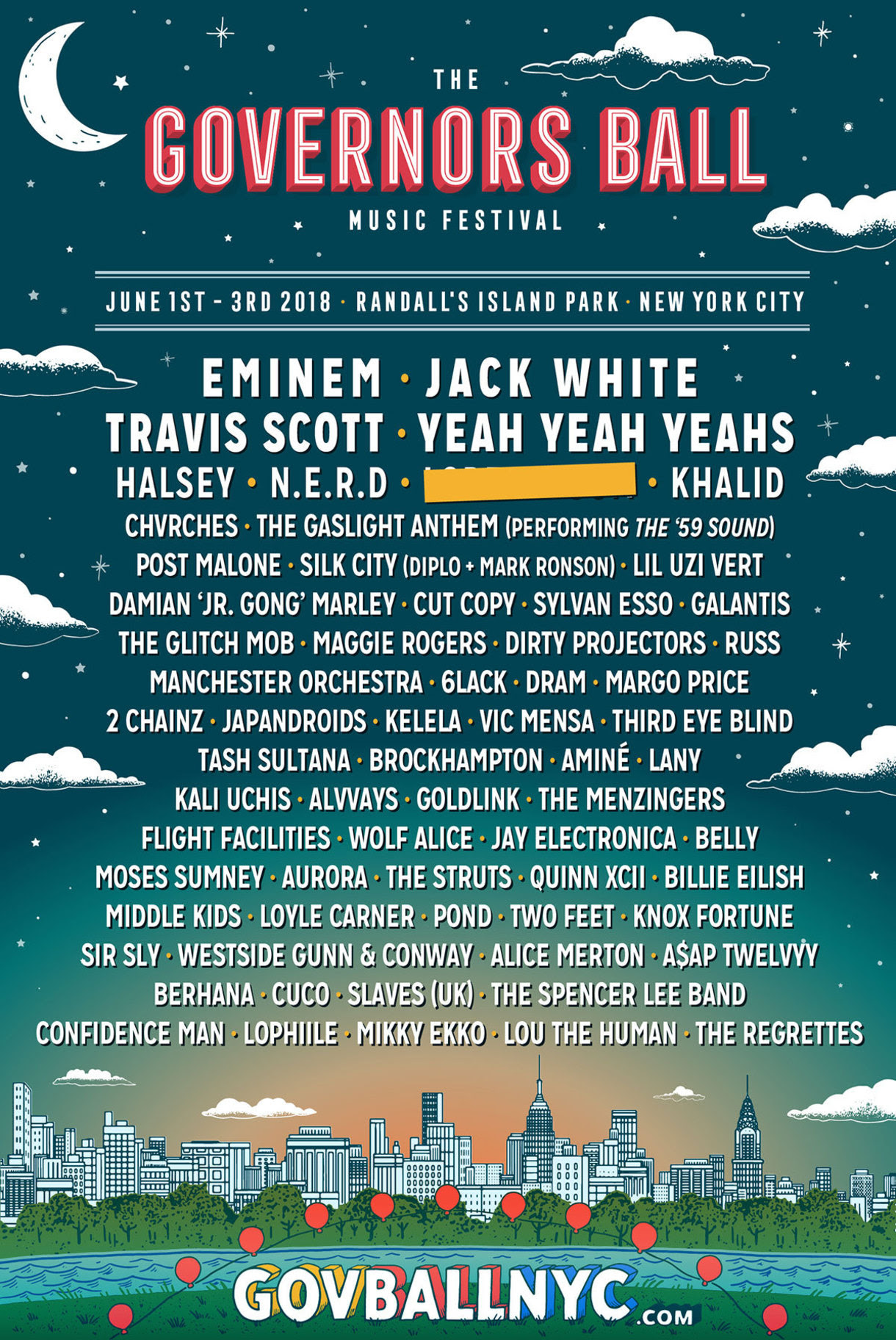