The sister trio, Haim, have added tour dates around their already announced festival dates. Their new tour will feature a new show along with some new tracks off their upcoming sophomore album due out later this year. The headlining dates kick off May 17th in Santa Ana, Ca. See Dates below. 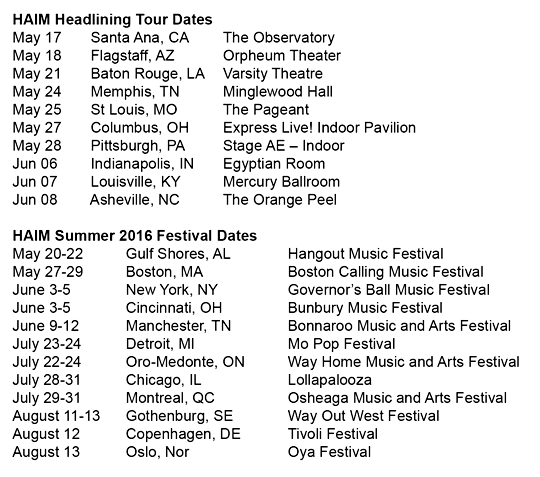