KROQ just announced a new festival on the beach! On The Water Festival, produced by SGE and hosted by Slightly Stoopid, will debut October 12th & 13 in Huntington Beach with performances from Slightly Stoopid, Dirty Heads, 311, Chronixx, J Boog, The Interrupters, Alborosie, The Expendables, Hirie, The Expanders, Law, and more to be announced. 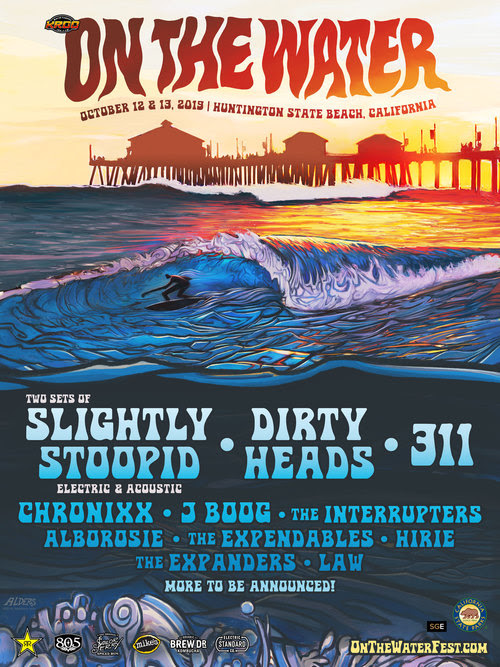