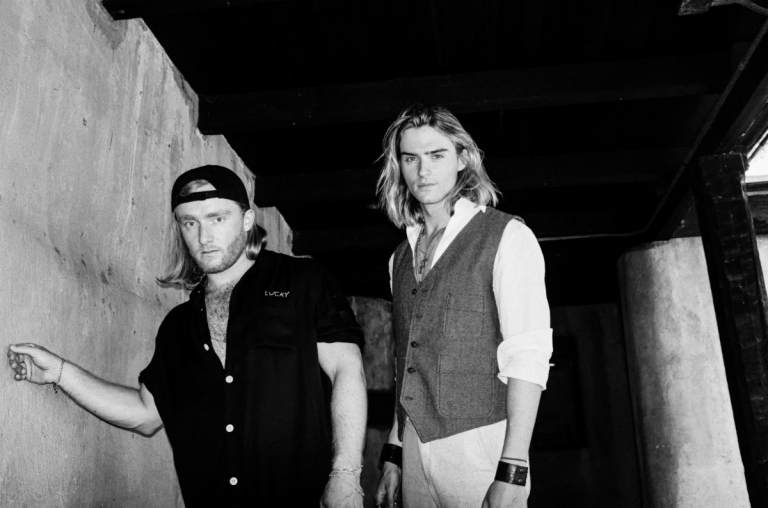 “This is the culmination of everything we’ve wanted to make musically since we met 8 years ago,” explains Gus. “It has taken us 4 years to establish how we sound. (Luke & I wrote a full 14 track album before this one that led us to be in a position to write this one.) I love melody & Luke loves lyrics. My voice notes consist of nothing other than obnoxious humming until Luke finds a line to bring them to life. We could’ve put 40 songs on this record but we felt that 21 was the magic number. We’re almost done with the next one…”

“The title track “Happy Never After” was a song we wrote almost 5 years ago in Gus’ dorm, it was my dads favorite song before he passed,” Luke states.  “We played it as an unreleased song opening up for Ke$ha in my hometown 4 years ago. In other words, this record feels like an era of love, loss, and lessons that both Gus and I went through together as we grew up only to realize we never want to grow up at all. Lyrically I pulled lines from songs I wrote as far back as my high school bands and musically I pulled influences from all the nostalgic emo bands that lit the flame inside of me to medicate myself with music and music alone. From writing Kellin Quinn’s lyrics on my bedroom wall to hearing him sing lines I’ve written just reminds me of how incredibly blessed life has been to Gus and I to be able to put this out.”

Stream Happy Never After below.